OK, 2018 is well on it’s way, we’re almost through January so I have to ask, how’s the New Year’s resolutions going? I thought about the old annual bid for betterment a few days ago while at the gym. Midway through a set I wondered how many people were there at that very moment because they are staying true to their resolutions. My cousin Ryan, who’s also my long-time gym buddy, have probably asked that same question to each other every single year since we ourselves started going about ten years ago. Each January, we’d see hordes of fresh faces that we had never seen before show up looking confused, a little out of place but ultimately ready and willing to start their journey toward a more active lifestyle.

It’s great seeing those people come through the gym doors for the first time (or starting back up), good for them, it’s about time they took charge and start taking care of themselves. It’s true, I do get excited when people tell me that they have gotten themselves a gym membership or have made their fitness a priority again, it’s motivating. Being the resident gym nut at work, people always share their fitness goals and woes with me. The stories including high-fives and way-to-go’s, I can listen to all day. It’s the stories of “life is just too crazy right now” or “I’ll start Monday” that reminds me how looking after yourself can easily stops being important. 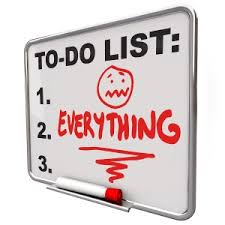 Take me for instance, back in the fall I was struck with chronic neck pain, not sure exactly what it was, I honestly think it was stress, whatever it was, it took me out of the game. I have had aches and pains before, but this neck thing was quite possibly the worst I had experienced in my life…it sucked. Being the religious gym-goer that I am, agony like that almost made me turn my back on ever being 100% again, I was starting to think this was a lifer. I have a whole new respect for people who suffer from chronic pain, it’s not easy to live with for sure. Soon, I was scaling back my gym routine, not going as often, and I started to become OK with the littlest of excuses not to go workout. Ryan’s a new dad and a great dad at that, so understandably he had to cancel on me from time to time, when he did, I forfeited to the couch and was again, fine with that. It played with my head because I knew what I was doing and did nothing to curve it. For the first time in my life I was falling into the deep dark abyss of becoming lazy and giving up. 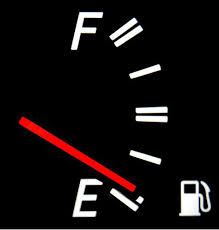 Finally, just after the holidays I had a moment, somehow I had finally awoken something inside me. I smartened up and told myself “Come on Ash, this is not you, not you at all”. So, once the new year rolled in I made myself a promise, you can call it a New Year’s resolution, call it what you want but something was about to change. Damned if I was going to let a little neck pain (it wasn’t little, “dramatic effect”), I wasn’t going to let any more excuses get in the way of getting better and get in the way of something that’s very important to me which is my health and working out. Fast forward to now, I am happy to report that Ryan and I are on week three of an eight week program, take that neck pain.

My faithful readers, there lies my point. Never let yourself become idle, never allow yourself to give up, sure life throws a lot at you but if you don’t take care of yourself then you might not be around to enjoy it. Yes, work is crazy, I agree juggling kids can be impossible, and there doesn’t seem to be enough time, I get it, I really do, but listen, where do you fit into all of this? You too deserve a little time for yourself to enjoy the things that for some reason has fallen to the wayside. The gym is my thing, but take this example and apply it to what you have lost along the way or have given up on. Giving up is easy, oh, and if you need something like a New Year’s resolution to do it then by all means, go for it, but let’s take it up a notch and make it one better, let’s all go ahead and make it a life resolution.

Well now, would you look at that, it seems I have made it to another blogging milestone. Got a shiny new badge telling me that Earth to Ash has reached 100 posts, I know it’s probably only a drop in the bucket for many, but for me it comes as quite the accomplishment. That’s a lot of time, a lot of creativity, and a lot of me. Just about two years ago or so, I was tossing around the idea of a creating this blog and here I am 100 posts deep into this journey of mine…crazy. The thoughts, feelings, and reactions that I would normally just keep in my journal, were now for the world to read and I am so glad that I held my nose and jumped right in.

END_OF_DOCUMENT_TOKEN_TO_BE_REPLACED

“Surrounded by you, my eyes open or closed.
Thinking of you, lost petal, my rose.
Hoping for you, to change what you’ve chose.
Wishing for you, to love me like those.” 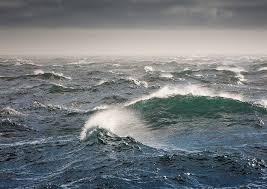 All I hear is the wind,
the rain…slaps at me.
My mind has frozen,
but whitecaps still capture.
To the bone and in drench,
I see the window…
where you’re waiting.

Oh hi, remember me? Yeah, I know…it’s been awhile. I had to pretty much force myself to take some time and write, I’ve coined it “force-writing”. I was hoping the Christmas season would bring me more material that I could keep up with, especially how reminiscent I tend to be, but it just wasn’t the case. Though, there were a few times while relaxing with a festive drink in hand and wearing my ugly sweater, I would get all inspired only to switch gears and start googling Christmas movies. I can admit now that I got caught in a bit of a holiday funk and each time I felt prompted to write, I allowed myself to get easily distracted. So, now that we are about to be heaved into a new year, there’s no better time to kick things off and get back on track.

I hope all of you have enjoyed a great holiday season along with a wonderful new year, safe, sound, and with the people you love. All the parking lot tetris, long line-up grief, and that grinchy scowl you received when both those carts wouldn’t clear that aisle are all but distant memories. Christmas is a wrap! (see what I did there) Another holiday season a success, and before you can enjoy that for a second, it’s January 1, 2018, a new year…now what?

Well, now we all get to slowly start moving back toward our regular lives, back to the old routine, shoot me now. But, before we do, New Year’s gives us that last bit of holiday vacation bliss and also the perfect opportunity to reflect. The good, the bad, the happy, and the sad too, all 2017 in account while we set or sights on 2018. Oh yeah, you also get one last chance to stay in your pj’s all day.

I am going to consider this post another successful “force write” session, seems like the juices are flowing again, the Christmas block has passed, your patience very appreciated. With this momentum, I intend to make 2018 a big year for Earth to Ash, I had a huge 2016. I would have never expected this blog to be where it’s at today, so far, so fast, thanks again for being a big part of it.